Last couple of weekends I've done a little converter and nitrous testing. I tested my "B" spec converter last weekend with nitrous. Was too loose and blew through it easily. Got another converter "C" this week that was supposed to work better with the nitrous. Didn't turn out that way. It really liked the nitrous converter on motor only. Even in crappy air it ran the fastest mph on motor ever vs a previous best mph in Nov. Et would prob be a tad slower in equal air. The perfect motor converter would be somewhere between the 2.

My converter company just missed it. lol. This ain't no chevy. Makes way more torque than they thought. They will take care care of me. Hope it works right next time. Changing converters in my car is a pain. I'll get one redone for now but prob won't get to test it until the BBF Shootout.


Below are some screen shots of the rpm graphs of some runs so you can see what it is doing. 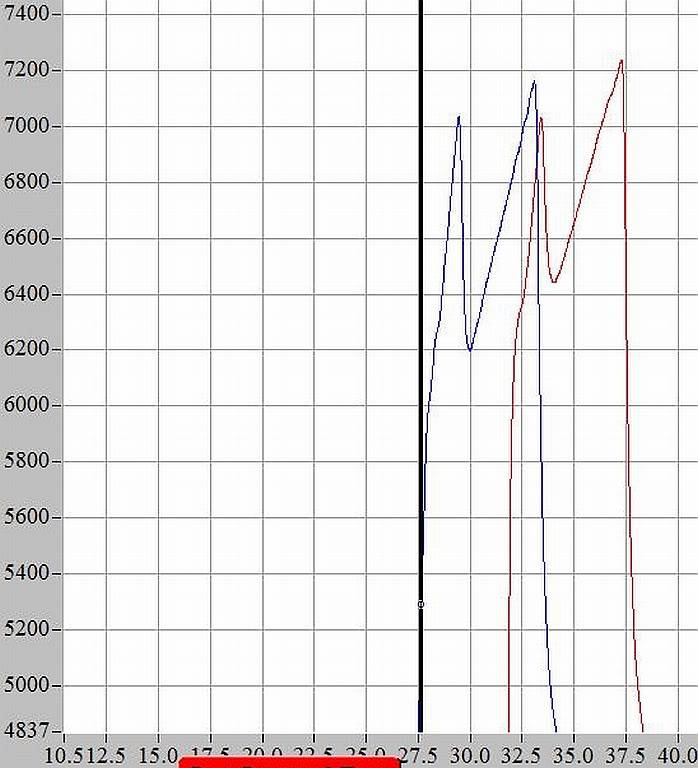 Next B vs C with a 200 shot on at 1 second out
as you can see it blew though both, with the B (red) being much worse. Fallback after the shift was way to high. It also shifted into high so early it spent a LONG time in high gear...resulted in too high of a trap rpm for my liking. 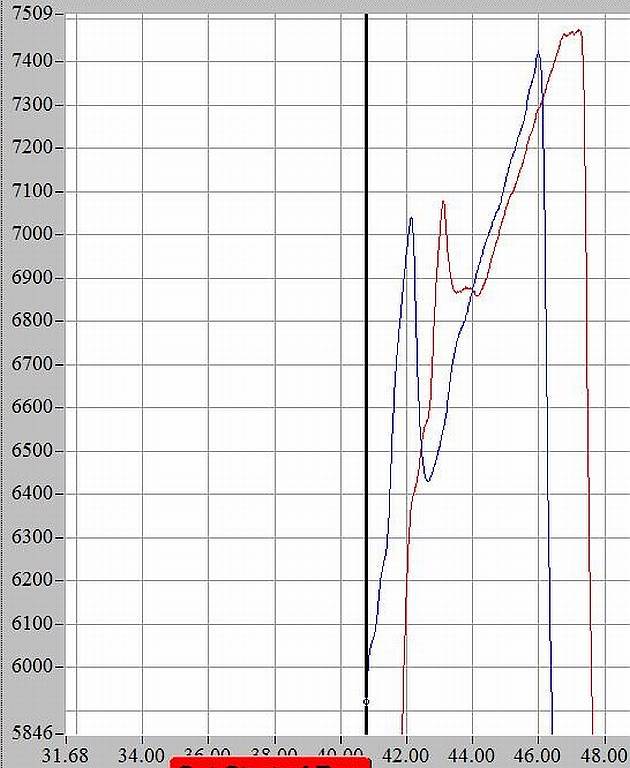 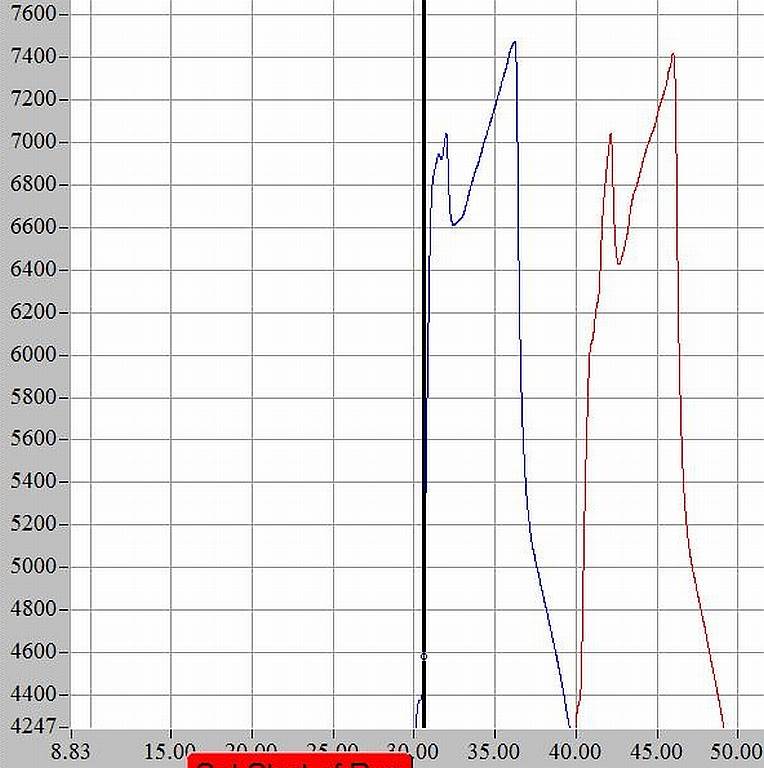