I bought this Heidts 4-link kit for my 65 Falcon hard top approximately 5 years ago and never used it.  I'd like to get rid of it because I'm going a different route with the suspension and it's just taking up space.

It's still sitting in the boxes they were shipped in.  It's all the links, brackets, mounts, and coilovers, etc.  Complete kit.  It is in a natural finish and would need to be painted/powdercoated.  No housing.

I do not have pictures as it sits because it's still in the boxes, but I would take pics for anyone serious. 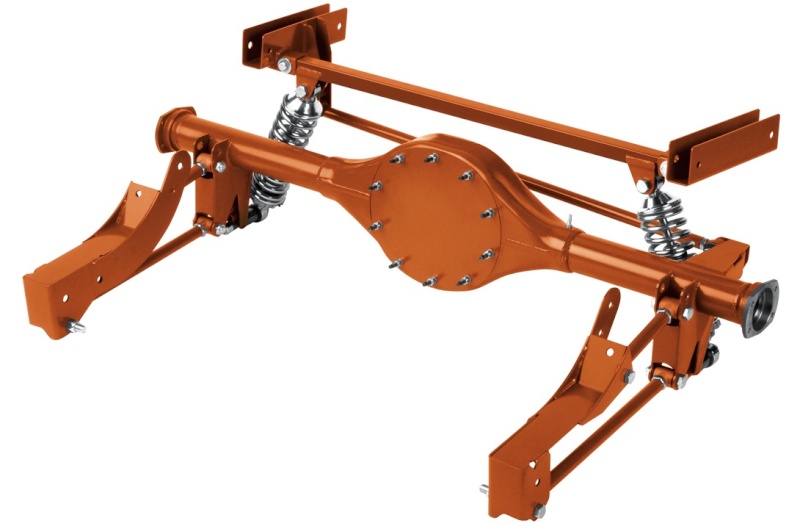 Dam!!! Some body is going to get a Deal.

How much was shipping when you bought it? Just wondering how expensive it is. I know a couple Falcon guys and I will ask them .

I have no idea how much shipping was, it's been so long. I plan on busting open the boxes and weighing and measuring it all tomorrow.

I'm at 22180 in N. Virginia for anyone wondering or wanting to do a local purchase.

windsor wrote:I have no idea how much shipping was, it's been so long.  I plan on busting open the boxes and weighing and measuring it all tomorrow.

I'm at 22180 in N. Virginia for anyone wondering or wanting to do a local purchase.

Did you look on the box lables, might have wt of each box on them.

OK guys, I went out to the shed, took off the wrapping paper (these have been through a couple of international moves with me) and got some info.  The packing list was still even on the box, which was helpful.  I didn't want to take everything out because it would just be a big mess.

Total weight would be right around 100lbs.

Part numbers are as follows:

When I opened the RF-101 box, it had instructions for a Mustang, not a Falcon.  I'm thinking it's the same deal. The RF-104 kit is what had Falcon inscribed on it, so that may be the major difference. But, again, it's all a guess to me and Heidts would know.

As you would imagine, there is quite a bit of surface rust on a lot of these parts.

I would try to get as much of it in one box as possible for shipping.  Some pictures follow.

Here it is in all it's glory: