Man, I almost feel like I am drowning in options and I can't figure out the best way to proceed.

I think I have chased the Mass-Flo rabbit as far as I am willing to go. The idea of it is great. The application of it in this particular car is likely not so great. I feel like the hoops I will have to jump through to use it will be more trouble than using the EEC-V and harness that it is already in the car.

Hoops:
1. Extracting EEC-V harness - sounds easy, but it seems there are other non-engine stuff is incorporated into that harness. I *could* leave it in place but I would still have to figure out how to get the EEC-IV harness through the firewall and into the car.
2. Identifying and making stuff work that are contained in that harness.
3. Relocate alternator or convert Mass-Flo EEC-IV to EDIS8. The EEC-V has EDIS built in, so I would really just be adding parts to have a feature I already have access to with the V. Either way I have to make a 36-1 wheel and crank sensor mount. Relocating the alternator is proving to be a much harder task than it sounds. The mounting depth of just about any alternator is the sticking point. I could probably put an old style externally regulated one in there and it would fit, but I feel like that would be going backwards.

Bottom line is: I really want this thing to work like a 1998 Mustang should with no weirdness or quirkiness and I don't think the Mass-Flow EEC-IV can do that for me. If this was originally a carbureted car, it would be a perfect match, but I don't think it is a feasible option for this 98. I will use the intake, injectors, rails, throttle body, mass air meter, carb hat, and Optishift, but I think I will save the ecu, and harness for something else.

As I type this, I just happen to know of a certain red 1983 carbureted turbo car that I could use it on at some point maybe...... haha.

How about one of the cam sync’s that go in place of the distributor? They are very small but I don’t know if they will replace a 36-1 crank pickup.

How about one of the cam sync’s that go in place of the distributor? They are very small but I don’t know if they will replace a 36-1 crank pickup.

You can pinion mount the alternator on the rear-end like the Nascar guys. I dont think the kits are all t hat expensive for a 9 in. Not sure about 8.8 . You could probably fabricate one fairly easy.

wickettoby1 wrote:How about one of the cam sync’s that go in place of the distributor? They are very small but I don’t know if they will replace a 36-1 crank pickup.

In an EEC-IV or EEC-V, the cam sync is only used to enable sequential injection.  I have already made the cam position sensor.  The crank mounted 36-1 is only used for the ignition events.   The 36-1 is not hard to make.  I made one for my 552 that is now in the 73 truck. 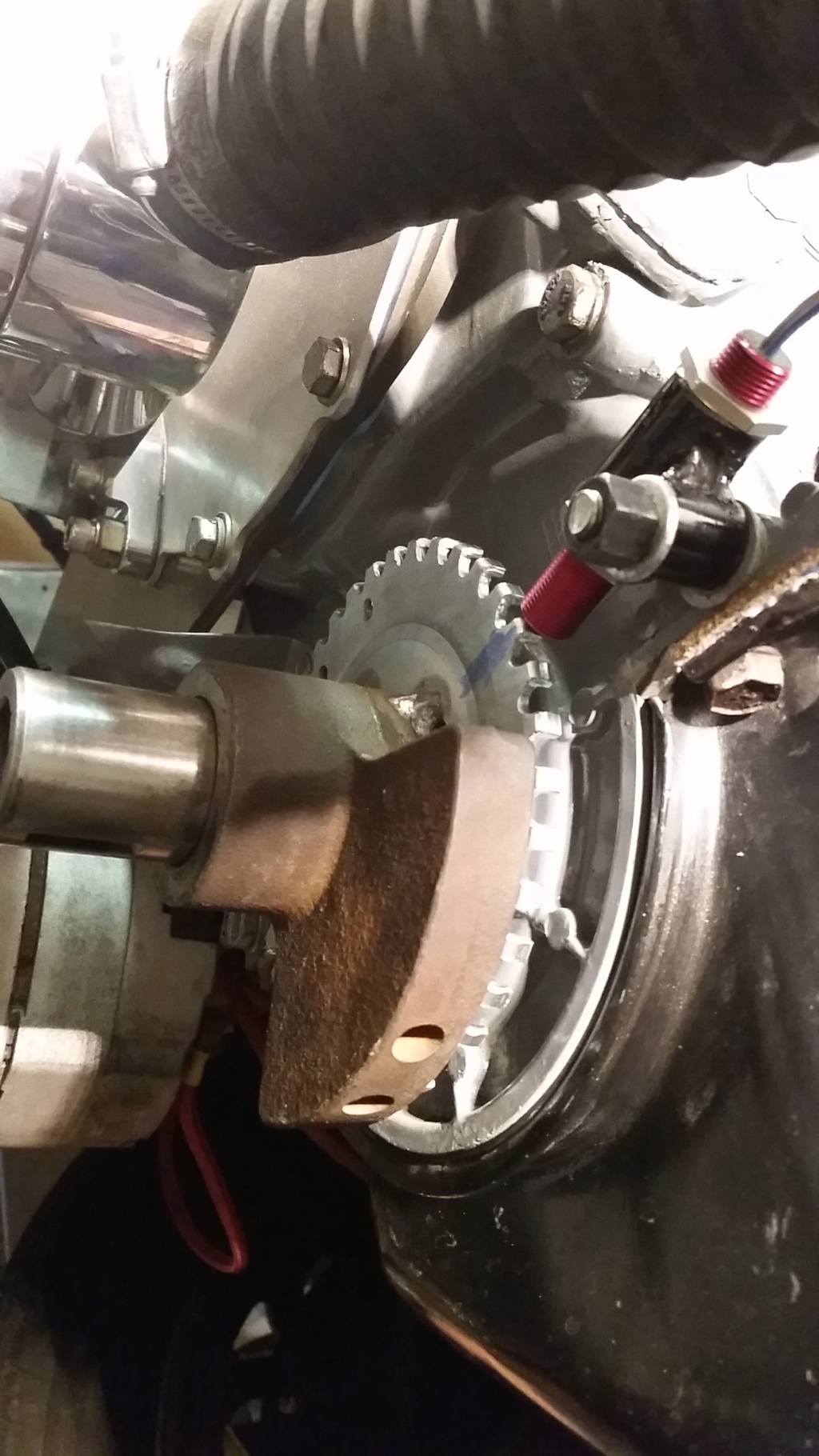 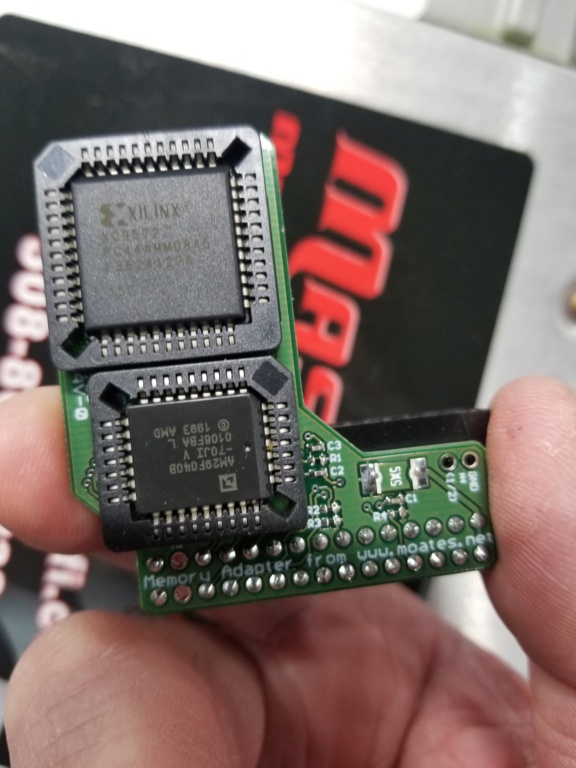 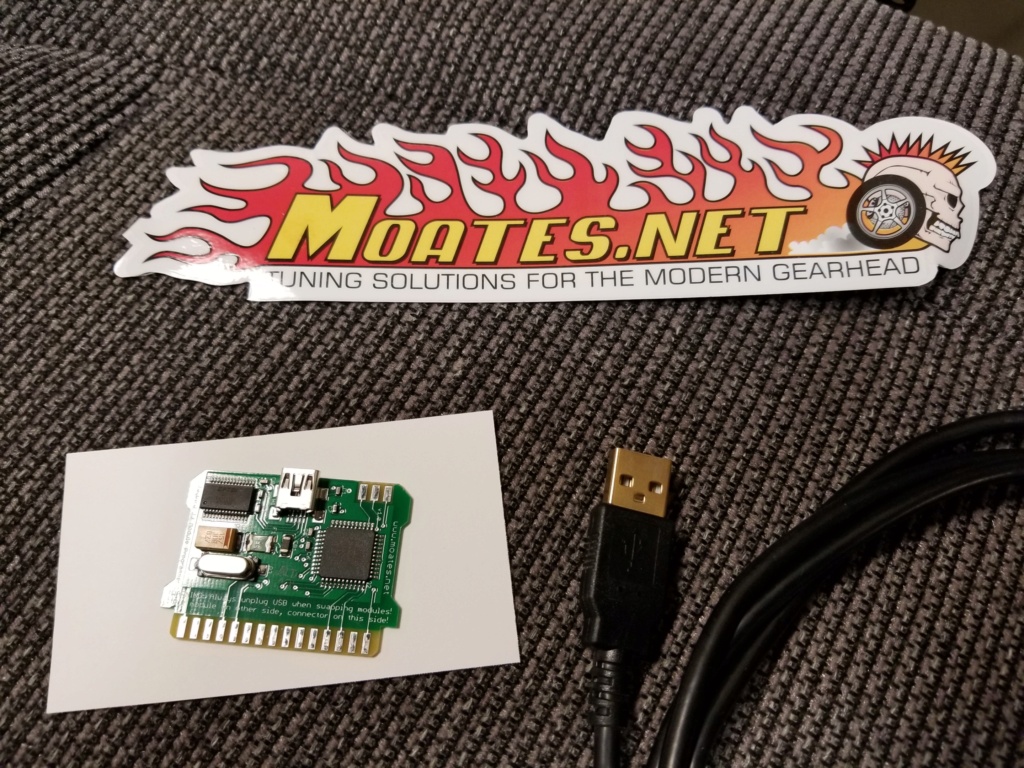 I bought a Jaybird from Moates.  It is a little read/write device for the F3 chips that actually contain your tune.  Then you plug the F3 into the J7 port on the ecu.  I read the tune off the Mass-flo F3and saved it to the computer.  I can use the same chip in the EEC-V once I have created a new startup tune.