I purchased this from a local racer (Ricky Tippet) a few years ago but never used it.

*It does show some evidence of repaired damage along the oil pan rail/bottom of cylinder, but was professionally fixed by C&C.  I do not have pictures of this currently but will attempt to get some. *READ UPDATE BELOW ON THIS*  Of course, this being an aluminum block repairs are considered to be a non-issue, particularly when completed by a professional engine shop.

Prefer local pickup in Warrenton, VA or Fairfax, VA but will ship as well.

Update - I stopped by my builder today to get more pictures of the block and am posting them below.  Turns out, this block has NOT been windowed, but it does seem to lose a rod at some point which only took a small chunk out of the oil pan rail that has not affected the integrity or strength of the block, at all. A small repair was done in that area, but again, no catastrophic failure and no window.  Including pictures of that and also of all the main caps/underside of block in general.

After that, I stopped by C & C and spoke to Mr. Chris Carter, the person who did the actual machine work on this block.  He said it's no better or worse than any other A96 block out there and that the only difference is that the sleeves are larger than standard.  Being that it is set up the way it is, he said it's ideal for a big bore, shorter stroke combination if you're using a lot of nitrous but not necessarily for a high-boost deal making over say 2500-ish HP.  He also said my asking price is more than fair and anyone trying to go new would easily be paying double what I'm asking.

Would love to move this before I head to Iraq this summer, but I won't give it away. 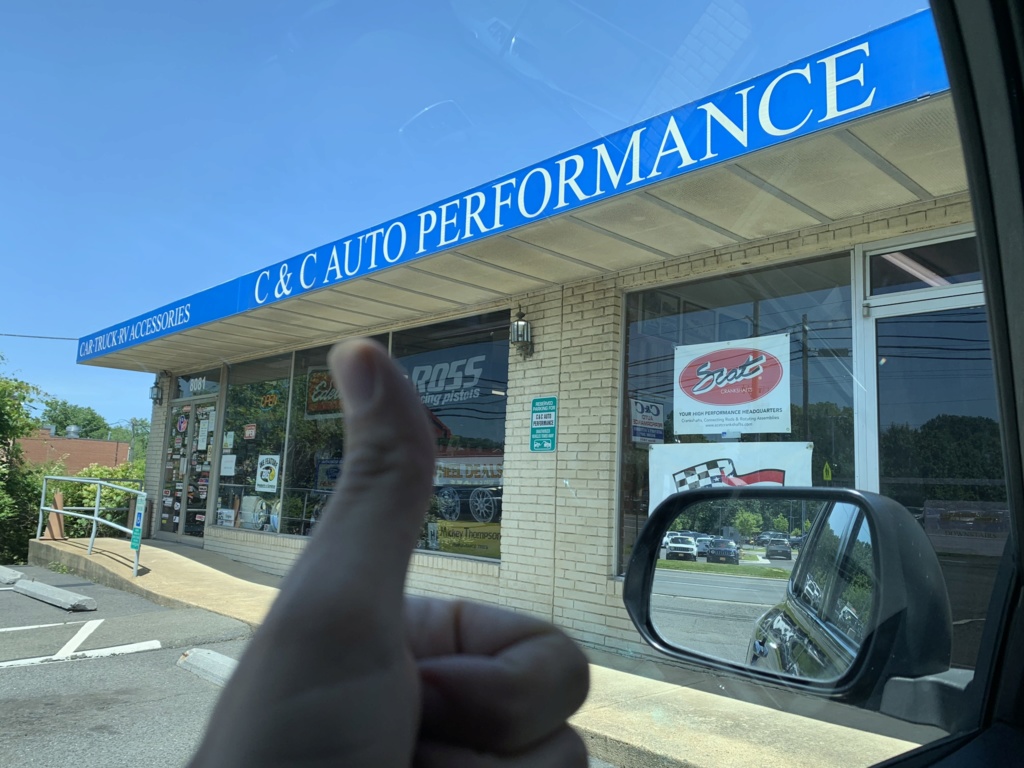 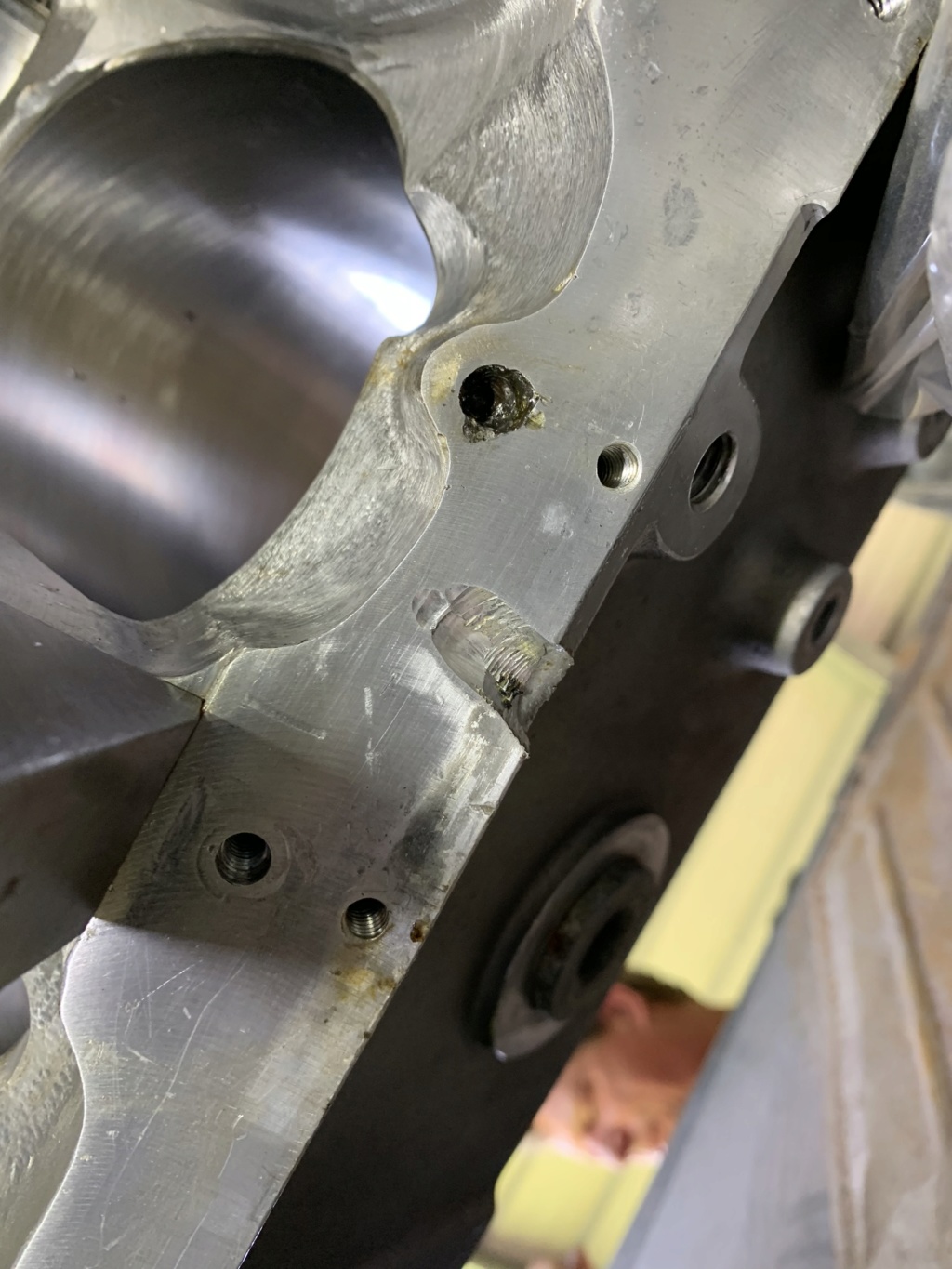 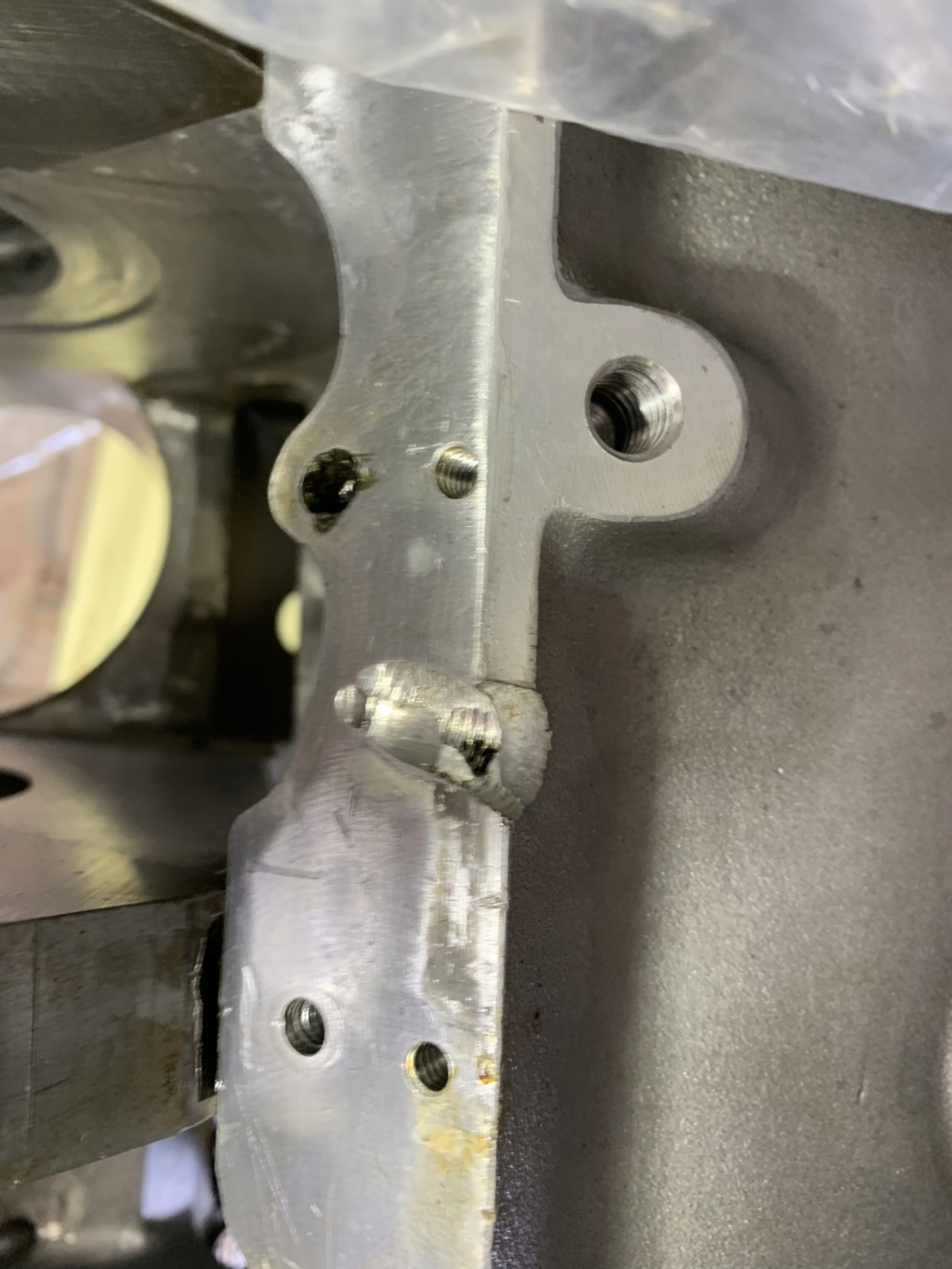 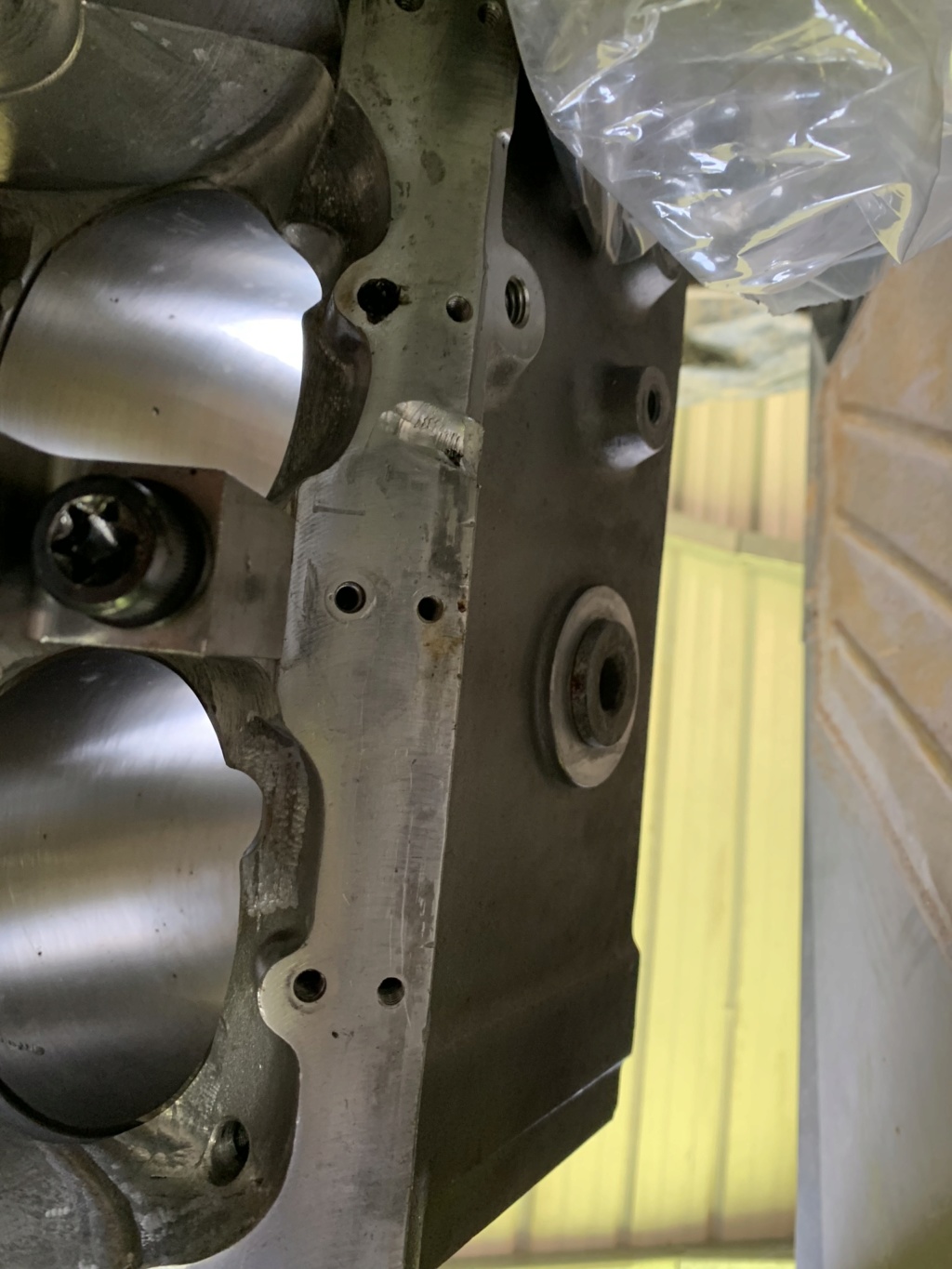 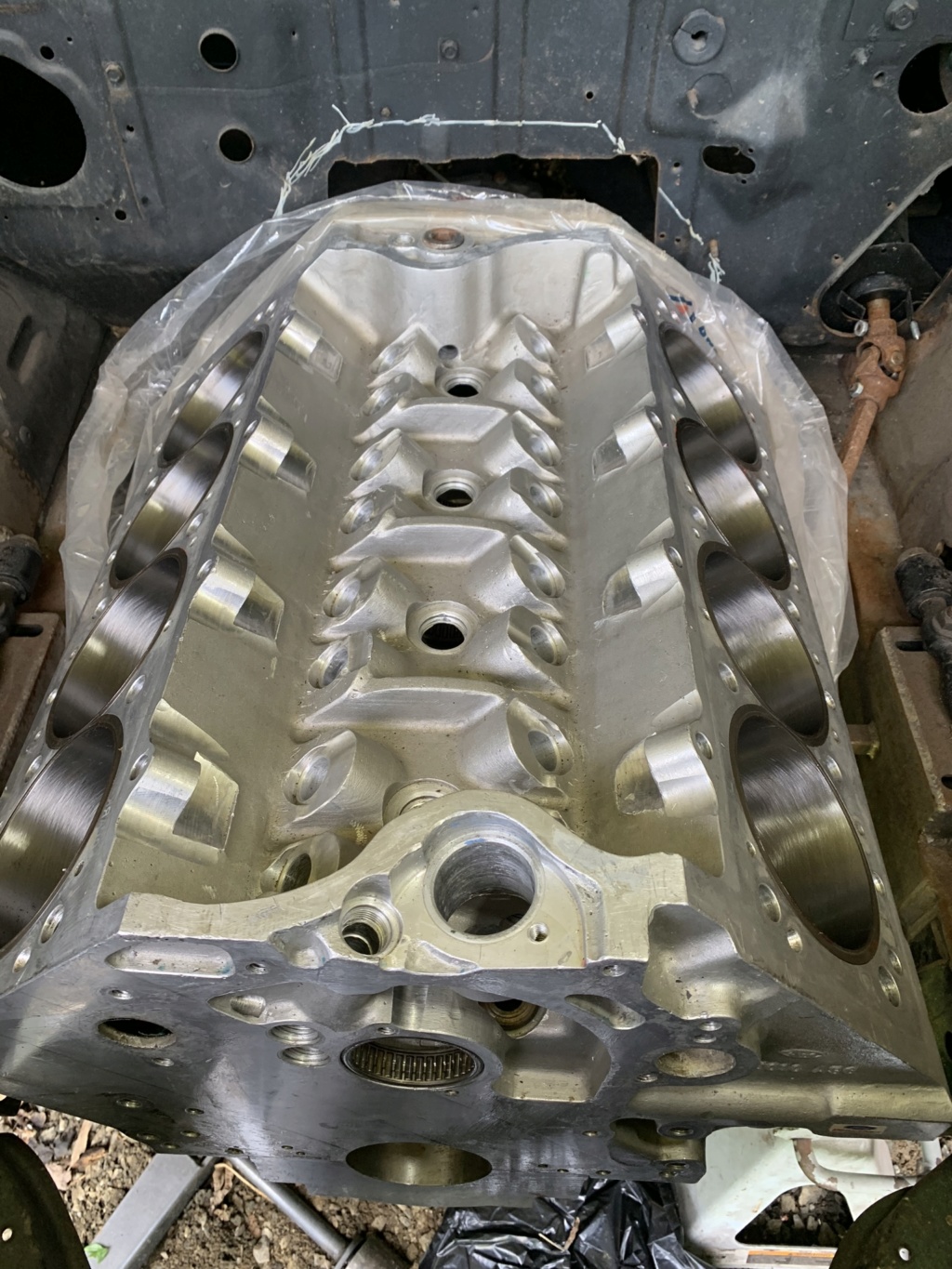 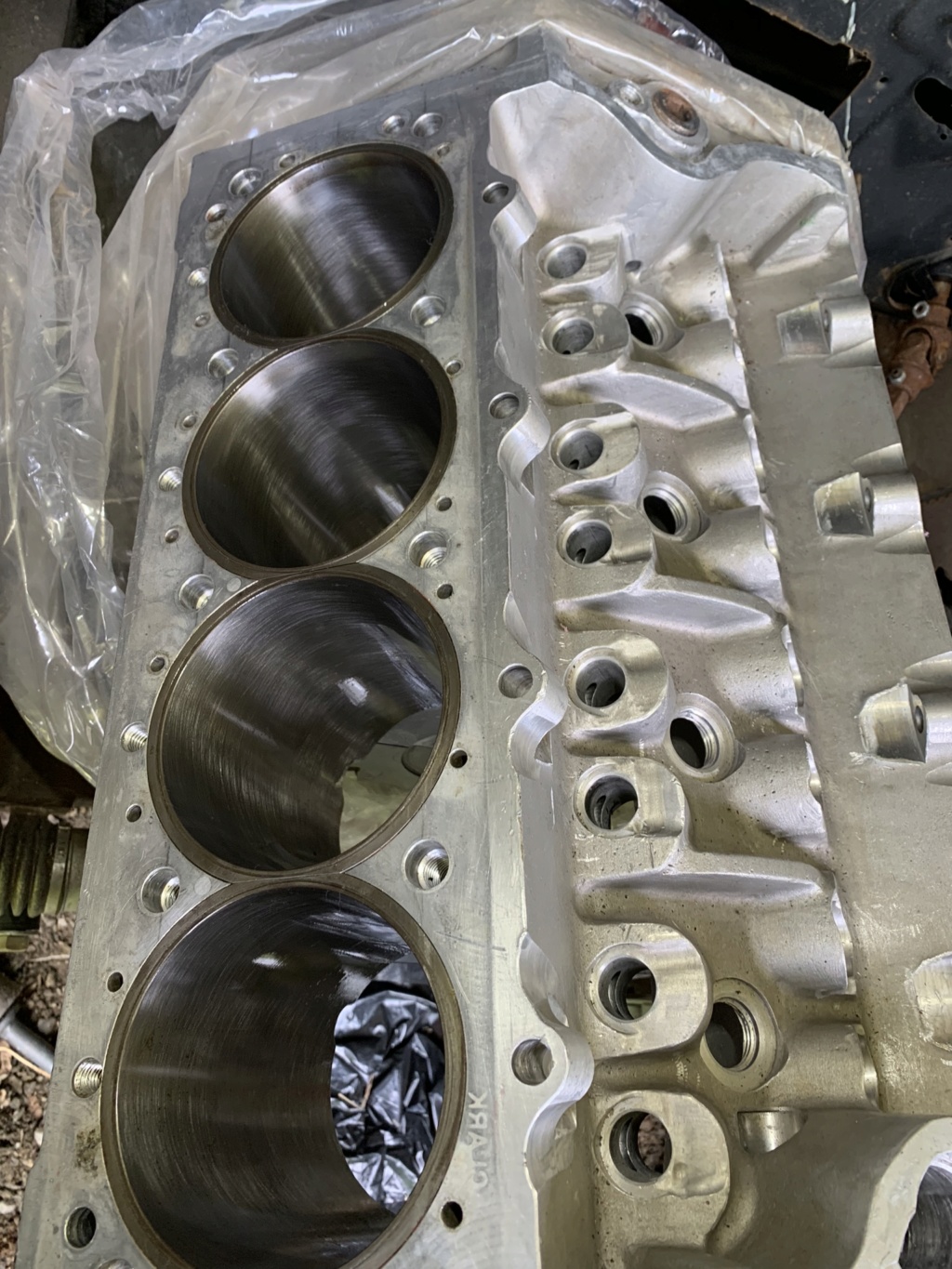 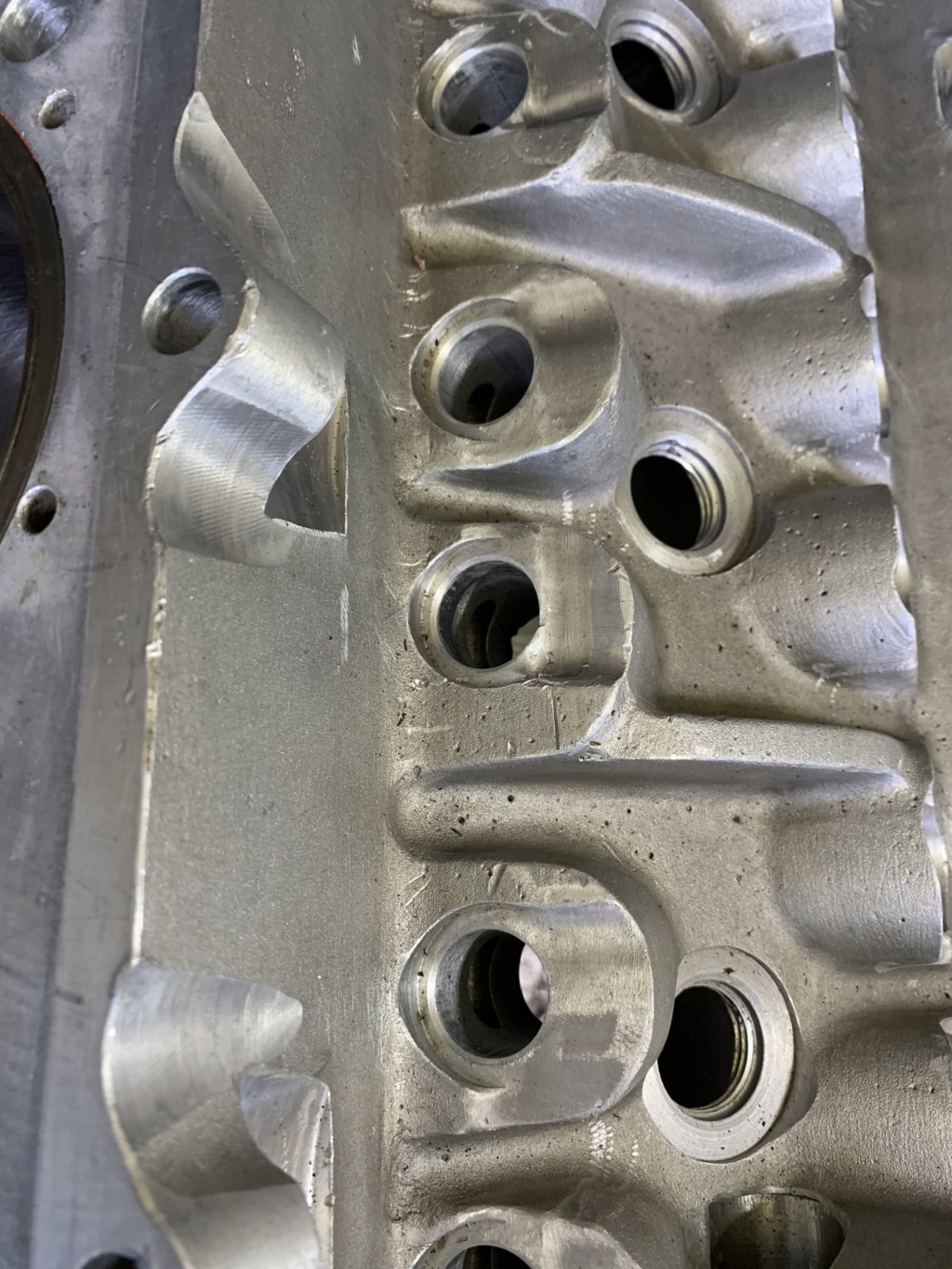 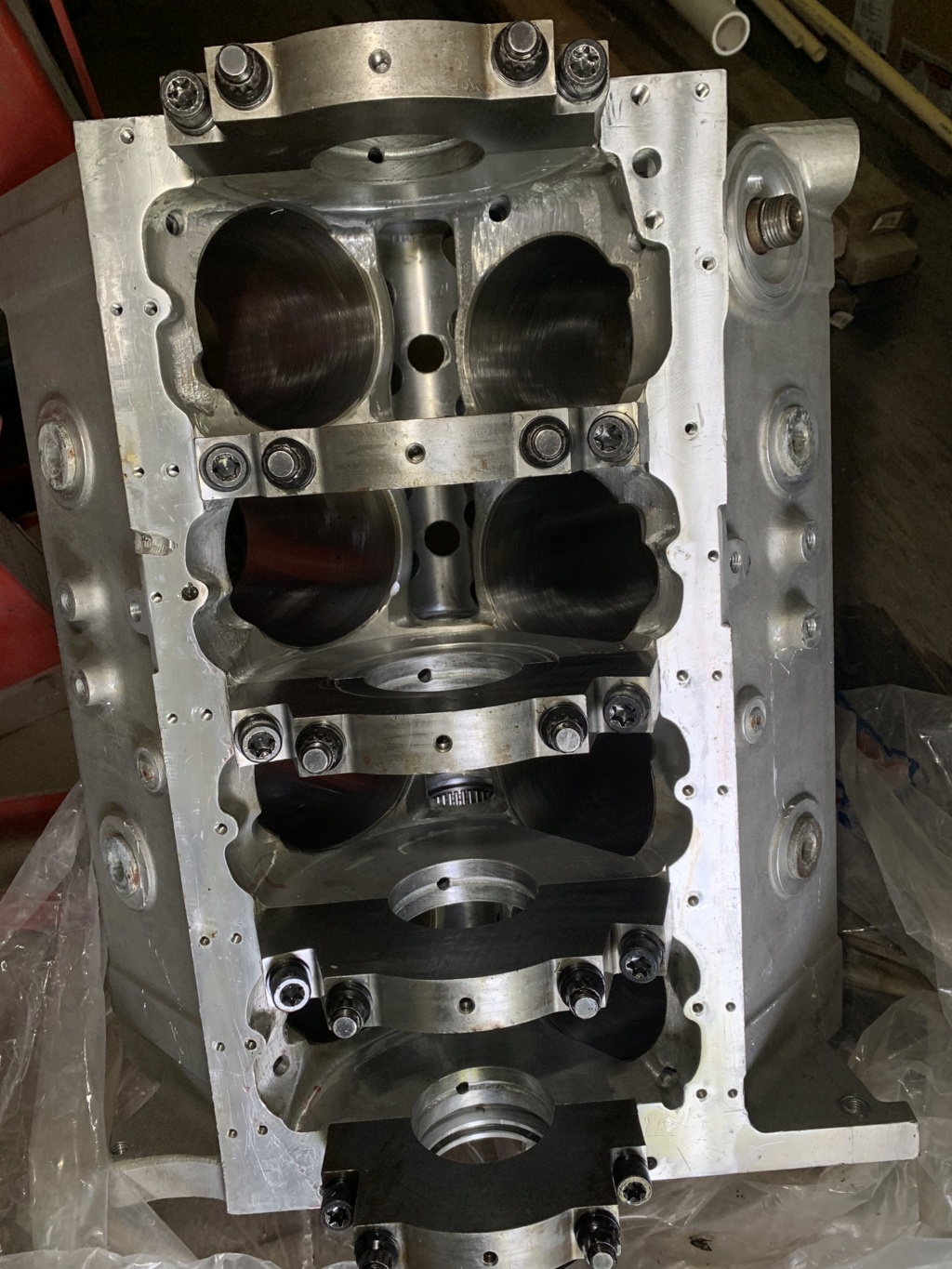 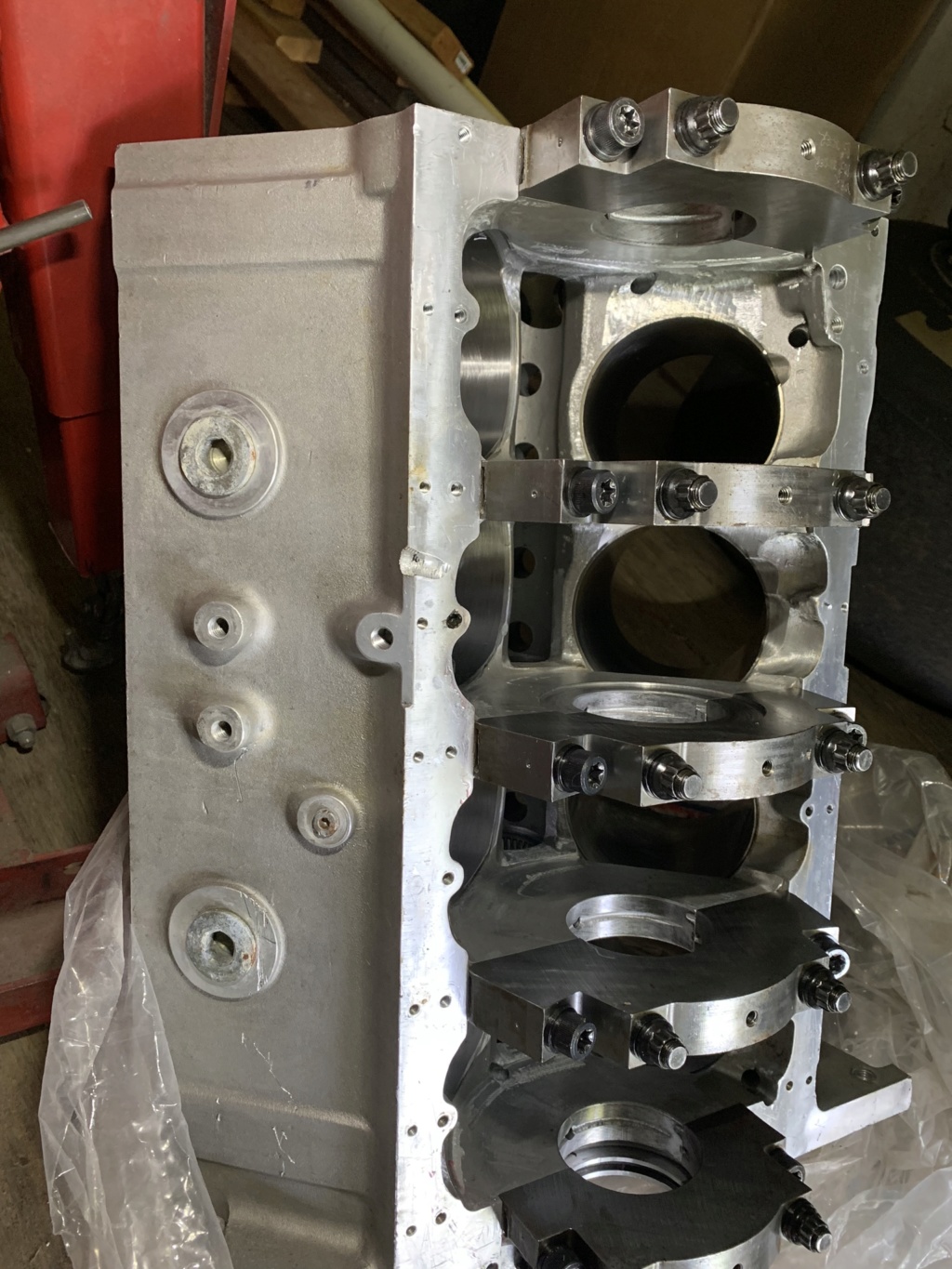 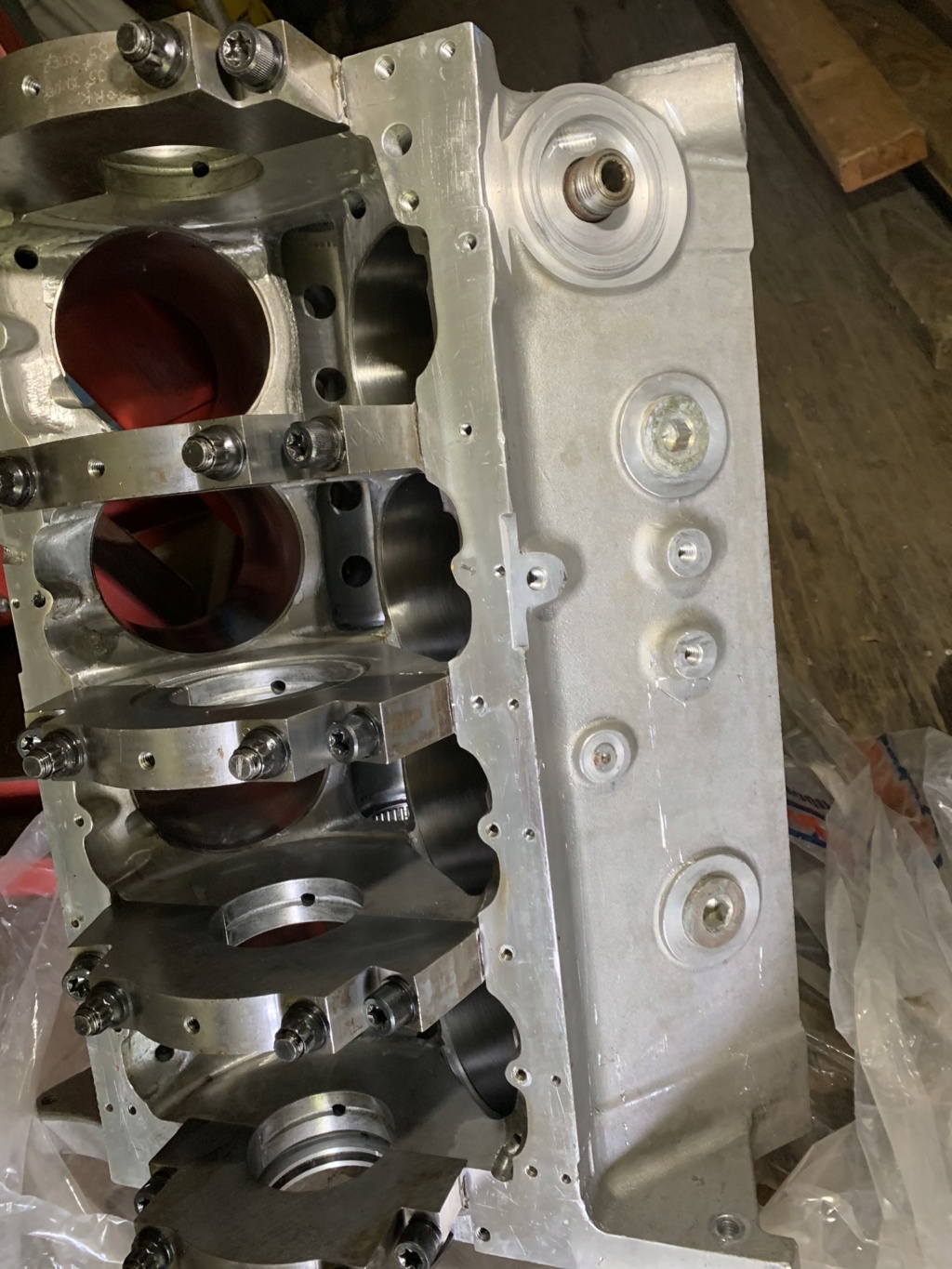 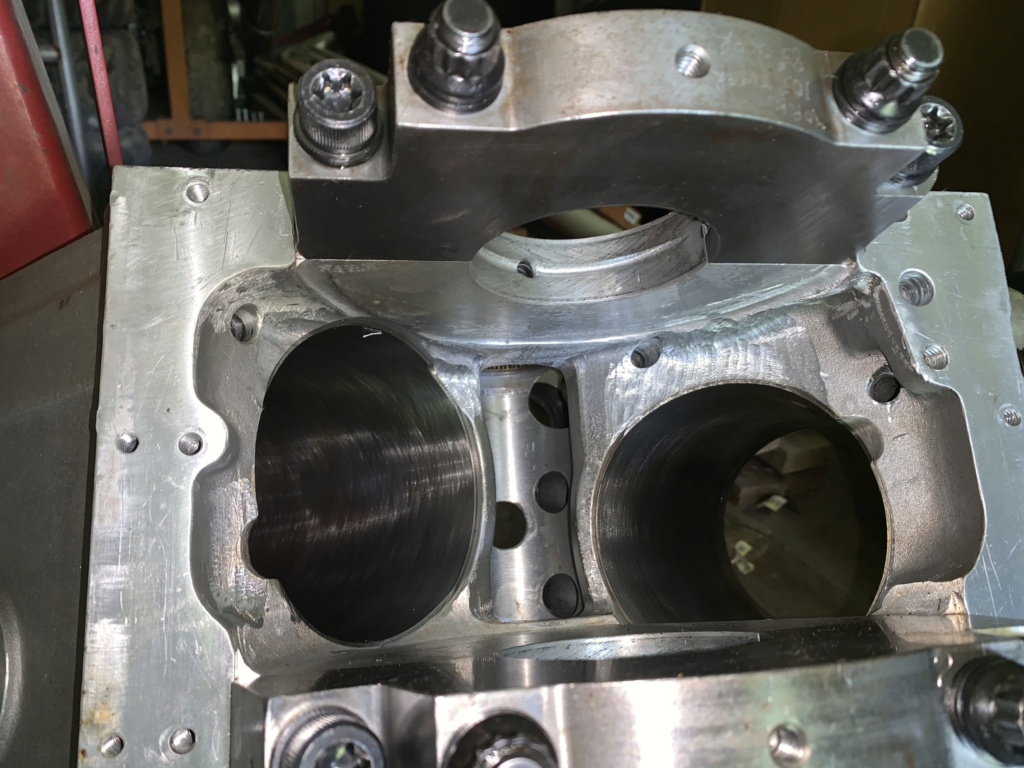 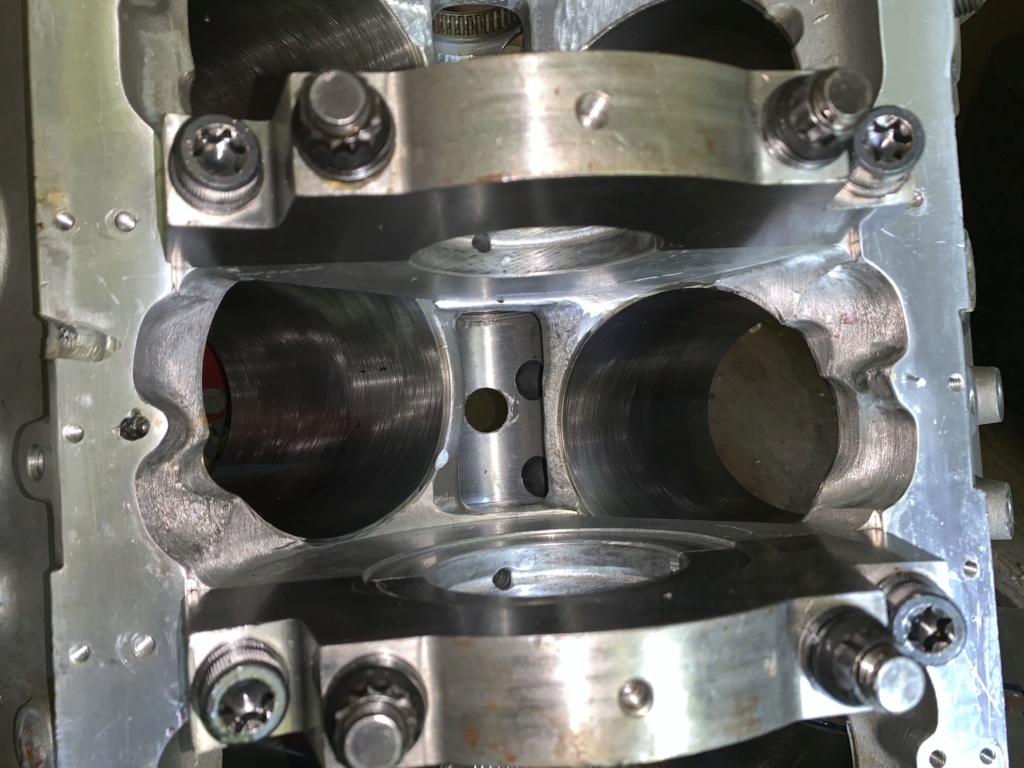 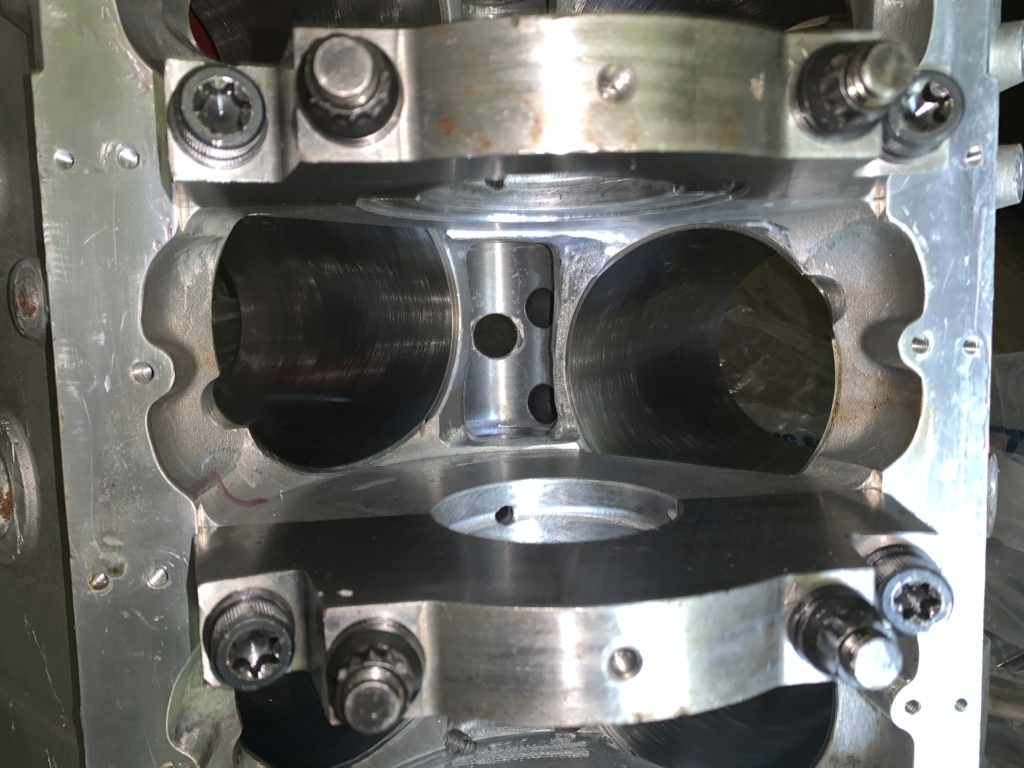 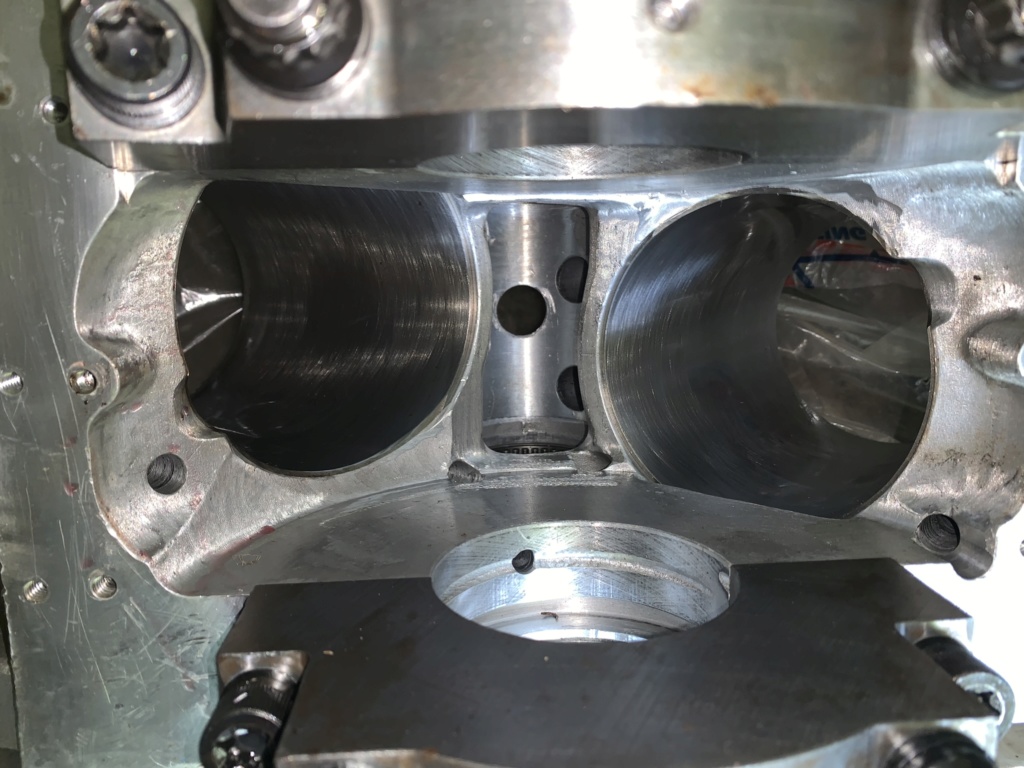 This would make a great foundation for a 4.3 stroke, 584 cube engine. If I was in that position I would step in. Sorry to hear that you need to go to Iraq.

Thank you for your service.

My plan all along was to run a 4.5” stroke in it and Mr. Carter said that would be just as fine.

In my honest opinion this is a darn good deal and is less than what I paid and I never ran it.

What do these weigh compared to a factory block?

Significantly lighter. I’d say it’s a tic under 130 pounds, if that. I was just moving it around myself this weekend.

Oh thank you. Looks like an all aluminum 460 could be in 500lb range. Interesting

Mmmm temptations temptations , A 611'' would be perfect for my ported A460 heads and intake sitting on the shelf i got from Freelander and Oakley a few years back.

That was my plan, too.