Seems like I haven't posted here in forever but I thought this would be worth sharing. I've been working on this project for a while now and finally making some head way. This is a set of OLD TFS A460 heads that I resurrected from the dead. A customer bought them and wanted to run them on a small cubic inch truck pull deal (<500ci) and wanted the best valve train we could put on it since he's planning on 9000+ rpm and .950+ lift. I contacted Sheldon @ T&D to see what they offered for the "old" A460 heads and he said because of so many inconsistencies with those older heads, all they could do was make individual stands and once they were all set up, I had to weld them together with whatever method I came up with. I've been down that road before and if done right, it can be -OK- but it was going to be a lot of work and in the end, never as good as the one piece stands they make now. In the mean time, there was a brand new set of A460's in the shop for another customer, and a brand new T&D shaft rocker system (with a one piece intake stand and ex stands that bolted to it) for them sitting there and I said to myself, self, I wonder... :unsure: So I unpacked the new stands, tried them on the old heads and son of a gun if they weren't almost a perfect fit. But "almost" can still be a long way off. I spent quite a bit of time mocking up, measuring and checking geometry and came up with the needed changes. I contacted Sheldon with a detailed description and yeah, things are a little crazy right now for T&D so it took a little while but a couple days ago I finally got the stands and man, this was a home run! Pics will tell the story but I now have a new one piece intake stand shaft rocker set up for these old A460 heads. With Victory coated Ti valves, JHE spec'd PSI springs, Ti retainers and Ti locks, steel T&D rockers and 500cfm these bad boys oughta make some good power and some good rpm. 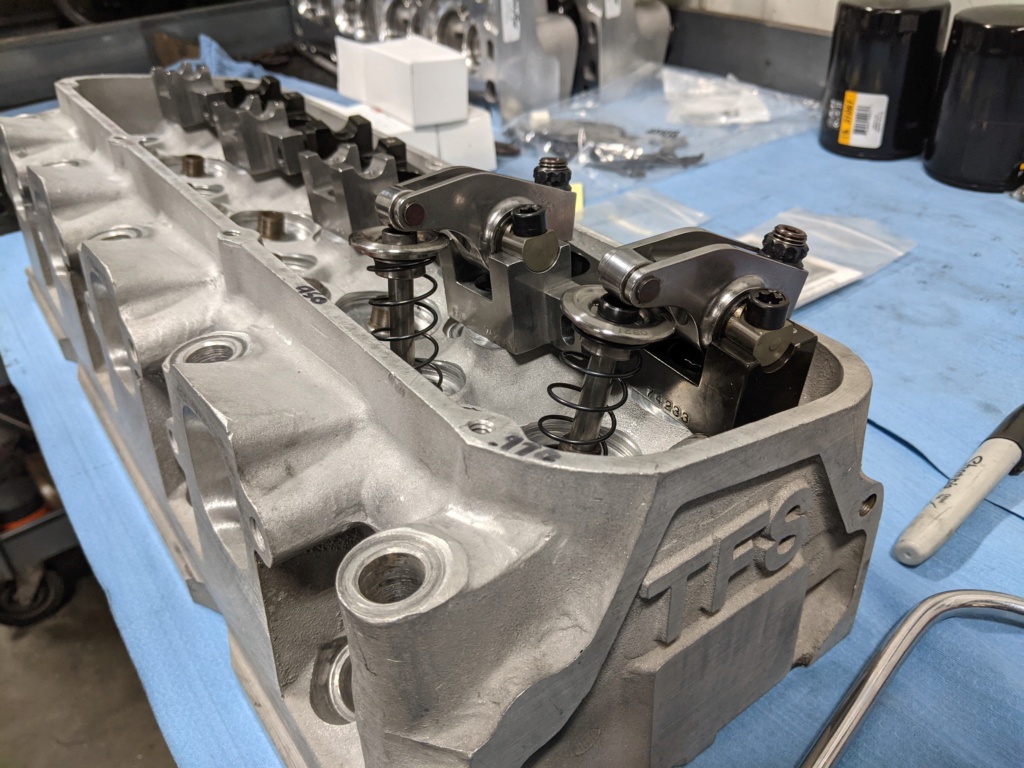 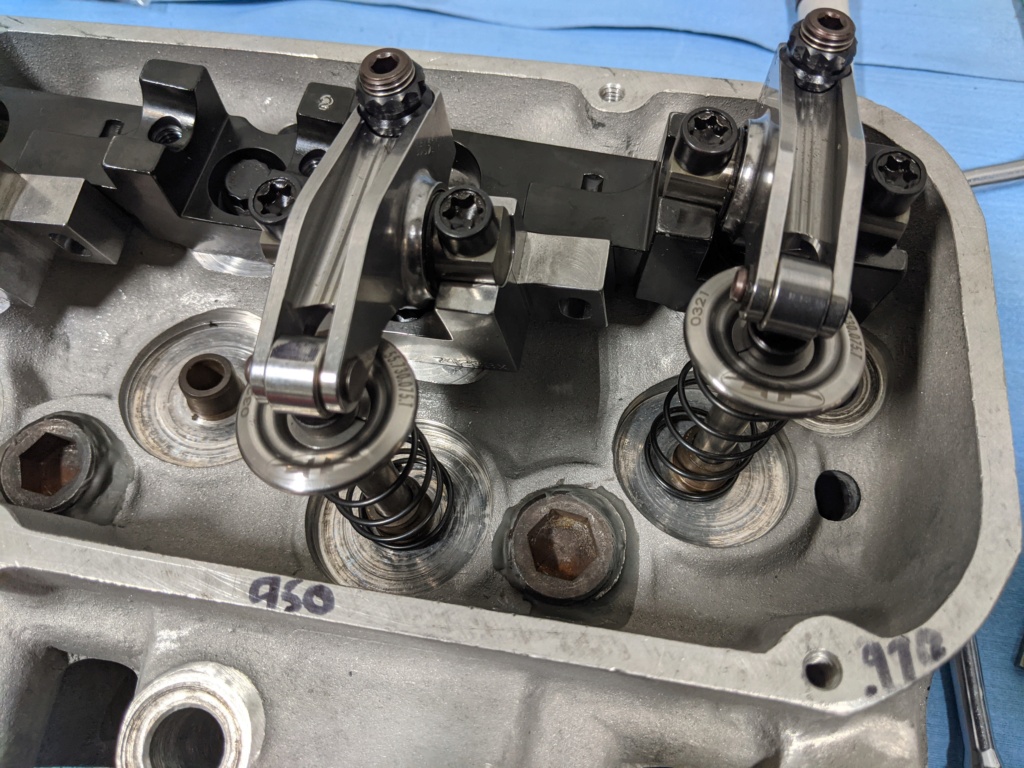 There is enough clearance in the bolt holes for things to move around a little so to make sure the rockers are in the exact right location, I drilled and pinned the stands with 1/8" roll pins, on on each end.

This is after the changes were made to the intake rocker stand. Checking sweep and geometry, this is the final result. The original stand was perfect for height (geometry), just needed to get the rocker closer to the valve

Here's the sweep with the new exhaust rocker strands. That's as good as it gets.

Some things weren't obvious till the changes were made like the location of the bolt hole and slot that bolts the rockers together. I'll have to move that over about .050". Other than that, this was a big home run for these heads. 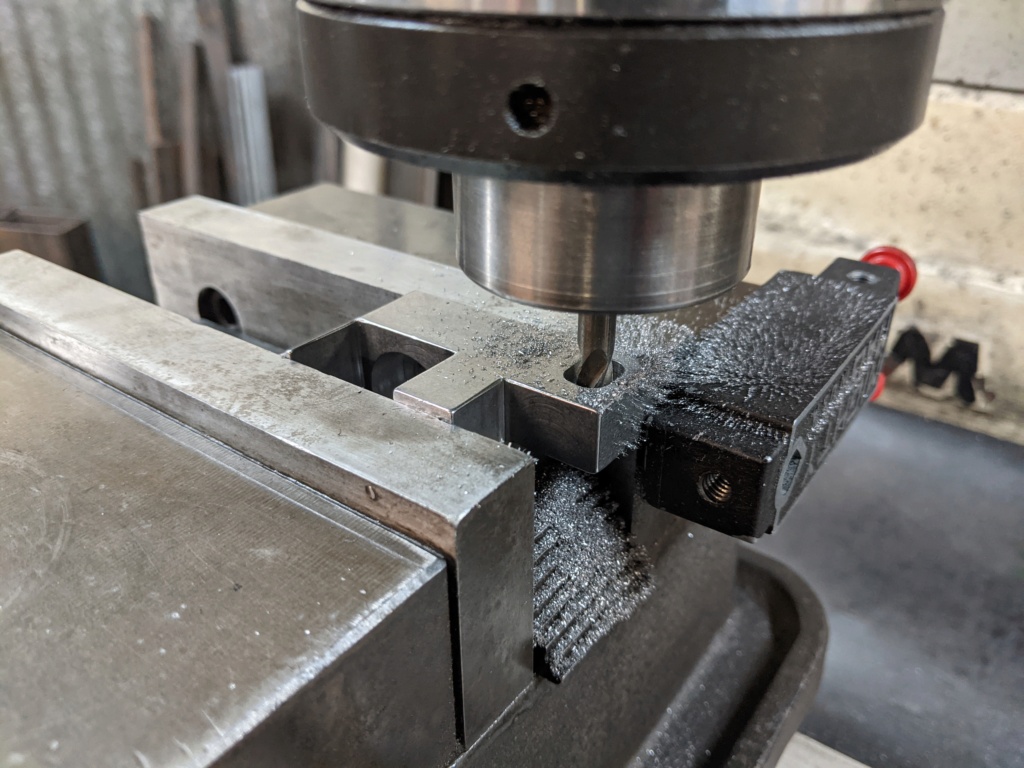 Here's the rest of the project;

Looks alot like the Jesel setup on my old school A460's...